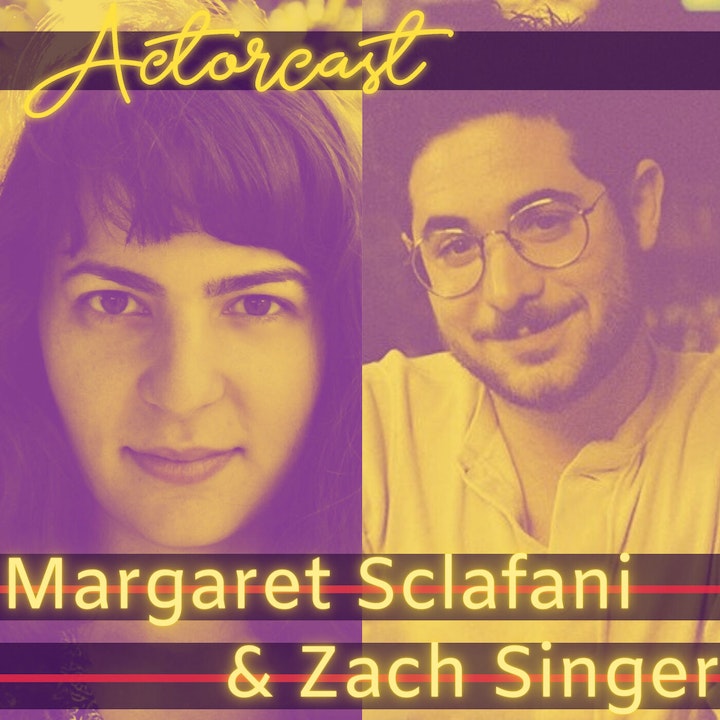 I had the opportunity to work with both Margaret and Zach on a short film in early 2020 and was inspired by their work as filmmakers. In this episode, we discuss why they decided to pursue a career in cinematography, why film is an effective medium to tell stories, and some of the challenges that come with being a film director. They also share their insights for those looking to pick up a camera.

Margaret Sclafani is currently working on the feature film, Greetings from Arizona, as producer, co-director and cinematographer. She began her career in the film industry in 2008 as a post-production coordinator and production coordinator on documentary and short films, many with women at the helm. In 2010, she wore multiple hats at startup, Parent Earth, making videos about sustainable living and healthy food for families, working as director of photography, editor, associate producer, and line producer. Establishing herself in New York, she concentrated within the camera department, working her way up from assistant camera, to operator, to cinematographer.  Her one minute documentary film, Water Walker, on indigenous water protectors was accepted into the Galway Film Fleadh in 2016. She also won a grant from the Russo Brothers to make a short documentary about her Sicilian-American heritage, Saints of Little Italy, which screened across the NYC boroughs as part of the NYWIFT Women Filmmakers: Immigrant Stories Series. In 2019, Margaret began working as the in house DP for MTV News. While there she also worked as Director of Photography on multiple independent shorts and features and continues to work freelance on both narrative and documentary projects. Her recent short directorial work, We Are Here, filmed March 1st 2020 and finished in post remotely. You can learn more about her past work experience at www.ladybugrelease.com.

Zach Singer studied in the Film/Video program at CalArts, selected from a large pool of applicants to be one of twelve students in their undergraduate film program. He began  directing and producing theater and short films at the age of 14. In 2005, Zach obtained the theatrical rights to ‘Canibal! The Musical’ (written by South Park’s Trey Parker) and produced and directed the show as a benefit for the Matlou Foundation, a non profit that helps children afflicted with AIDS in Botswana, Africa. In 2014, Zach Directed ‘Lily’ (Produced by James Franco and Deborah LaVine) a short film adapted from an unpublished stage play by Tennessee Williams. From 2015-2019 he produced and directed several music videos including ‘Baby It’s You’ by Haley Reinhart and ‘The Standard’ by Tolliver. Throughout his career as a producer and director, Zach has consistently worked as a video editor and story producer for companies that include MTV, Comedy Central, VH1, ATTN:, Genius, Discovery, Nickelodeon, as well as working on several award winning social/ web campaigns for entertainment clients A24, Disney, Fox Searchlight, Amazon/ Roadside, and Magnolia Pictures.

You can learn more about Margaret and Zach by visiting  https://www.margaretsclafani.com and https://www.zachsinger.tv