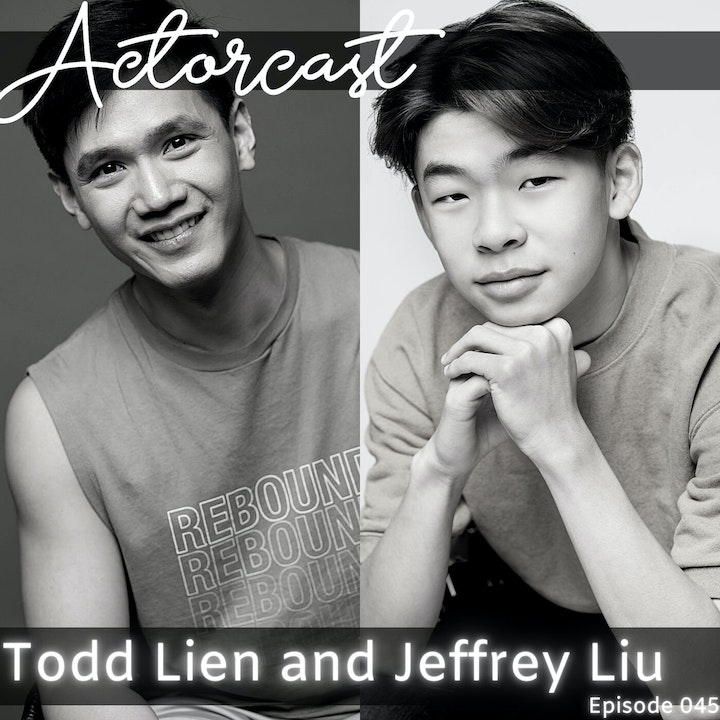 Todd Lien and Jeffrey Liu are incredible artists who have worked together in telling relatable stories about immigrant families and their parents. I was so excited to have them on Actorcast to talk about their short film, "Always Come In Second," as well as the work they are doing with Todd's company, iStage Entertainment. We discuss the importance of AAPI representation in the entertainment industry, why actors should create their own work, and the advice that both Todd and Jeffrey have for young performers.

Todd Lien is a SAG-AFTRA Taiwanese born actor & singer based in Los Angeles. Todd Lien is the CEO and Artistic Director of iStage Entertainment.Services, a platform and incubator for Asian-American youth pursuing an interest in entertainment. From screenwriters, filmmakers, actors and singers, iStage Entertainment is developing the next great AAPI artists and creatives, providing career guidance and confidence to navigate a changing industry. Todd is also known for the Viral coming out short film “Straight A” which received 4 million views.

Jeffrey Liu is a well-rounded 13-year-old bilingual young performer that has trained in hip hop dancing, ballroom dancing, pop singing, acting, drums, and piano for years. He has a few short film credits including "The Speech" and the current one where he co-produced and acted as the lead actor "Always Come In Second."